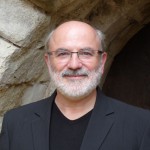 Gérard Blanchet, who has the French qualification ‘Agrégation' for music and choir singing, has lead the Choeur d' Enfants de Poitiers since 1989.

After taking part in several workshops and masterclasses with renown choir leaders (Jean Marc Laureau, Hélène Guy, Olivier Schenebelli, Jean Sourisse, Kari Ala-Pölänen, choir leader of Tapiola), he now leads on a wide range of initiatives, within and outside the Education Nationale; these show his deep attachment to choir singing.

In 1982 he jointly created, and from 1986 to 1997 coordinated, the singing choir Festival for schools and colleges ‘Atout-Choeur'. He has been President of the Fédération Académique of Chorales Scolaires (F.A.C.S.) for ‘Poitou-Charentes' until October 2012. He is still a member of the new college's board.

He created and directed the Choeur Chantejeau of Saint-Benoit (Vienne – 86) for ten years. Throughout his career, as well as teaching music and choir singing at the Théophraste Renaudot College in Saint-Benoit (86), he was advisory teacher at the F.C.E. (Formation Continue des Enseignants) at the Rectorat of Poitiers, trainer and life-time member of the academic jury for the French teaching qualification, the ‘CAPES' in music and choir singing, at the I.U.F.M. (Institut Universitaire de Formation des Maîtres). From 1998 to 2003 and 2007 to 2011 he was in charge of the music department at the D.A.E.C. (Délégation Académique de l'Education Culturelle) of the Rectorat of Poitiers. He was a founder member and administrator of the Institut Français d'Art Choral (I.F.A.C.). 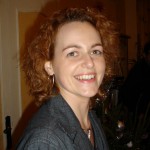 Originally from Parthenay, Lucie Jamoneau is a peripatetic musician. She started by playing the traverse flute age 9 and continued her training at the Conservatoire of Poitiers, then at the CESMD (Centre d' Etudes Supérieures Musique et Danse) to become a teacher at the Conservatoire à Rayonnement Intercommunal of the Thouarsais region. A student at the music faculty of her university, she started singing and choir directing – two new adventures began. Lucie trained with John Poole and Toni Ramon through workshops and practising with local choirs. She is currently directing a variety of vocal ensembles (for children, adolescents and adults) around Parthenay, Thouars and Poitiers. First a singer in numerous vocal groups in the region, then in the Jeune Choeur of Paris with Laurence Equilbey, Lucie gradually became a soloist singer working with Marie-Claire Cottin, Michel Kihm, Roxanne Comiotto and Gérard Daviet; she obtained her Diplôme National d' Orientation Professionnelle (DNOP) for lyric singing at the Conservatoire of Poitiers in June 2014. She regularly sings with the Ensemble Vocal of the Bois d'Amour. She has also been a soloist with the string orchestra of the Garde Républicaine. 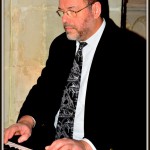 After studying the piano from 1966 to 1971 and graduating at the Conservatoire National of Music in Toulouse, he studied over two years for the Diplôme Universitaire de Musicien at Toulouse University – Le Mirail in 1986.

Since 1971, he has played the piano in many orchestras, from popular variety shows to music-hall tours and on international cruise ships. From 1993 to 1997, he directed the musical school of Saujon (in the Charentes). From 2003, he has played with artists and popular orchestras in Poitou-Charentes. His main wish is to share his professional activity of teaching key boards with joining in concerts and galas in France and abroad. He is today a teacher for piano and synthesiser, at the music school in Chauvigny (Vienne). He boasts a wide-ranging repertoire (classical, lyric, jazz, variety…). He joined the Choeur d'Enfants de Poitiers in 2014.